Congratulations! So you’re off to France and you’d like to engage with the real France and speak those couple of words that you’ve dusted off for the occasion. Perhaps you’ve been taking classes or would like to do so and have set your sights firmly on a trip to the country where you can finally reap the rewards of those hours of study. Maybe you’re an Erasmus student eager to begin your year abroad and wondering how you’ll manage with your rudimentary skills but plentiful ambition. Whatever the case here are my five tips for surviving. Tips I’ve learned the really, really hard way.

The second or third time I was in Paris it was after having taken a couple of night classes – literally a couple – at university. Determined, I told myself to answer the question tu parles Francais? with an affirmative. Undoubtedly we do it in English too – misunderstand that there are shades of meaning in answering that question with a positive but in France they are very black and white about whether or not you speak French.  Yes means yes, completely yes, every word yes and no means that they will gaze deeply into your eyes and speak I N C R E D I B L Y slowly. I can’t blame them really. It is both difficult to articulate your level in any language and also difficult for someone you’ve just met to reduce or increase their natural manner of speaking to suit only you.

What is far better, it seems, is to adapt a neutral stance: answering to whether or not you speak French with un peu, meaning ‘a little’. This gives you an out if you don’t understand something, an in to make some effort in entering a conversation (the world’s most daunting task) and makes you feel a little braver about yourself for not having crawled into the corner clutching your hasty non! response.

Surprisingly, the French are relatively modest when it comes to their English speaking skills. Most of the French people I have met of my generation can speak fairly well and certainly can understand a considerable amount more than they believe they can.

Whilst there is some safety in this and it allows you to at least feel as if you could make conversation – albeit it in Frenglish – it also poses a very dangerous problem. First impressions count, it seems even more so with languages, and so if you begin speaking with someone in English then even after that moment your interactions will be in English. It is a frustrating habit to break and in order to do so you will need your French to be at a level which is better than or at least equal to their English so that English doesn’t end up being communication fall back.

My advice is not to speak English at all particularly if these are people with whom you plan on seeing again. Even if just a couple of sentences accidentally creep inside your engagements, you will end up unlikely to practice French with this person or worse, being totally unsure how to approach speaking to them at all. And they will feel the same about you.

Photo by Kaboompics .com on Pexels.com

Photo by rawpixel.com on Pexels.com

3. Don’t agonise over the words.

It is natural that when you’re learning a language in an academy in your home country the focus that you put on your own efforts is to not make any mistakes. You want to pass the test, to move on to the next exercise and to add more correct vocabulary or grammar to your ever expanding list. The very act of being in class means that the fear of making a mistake is always lurking nearby.

In the real world people don’t wait while you try to find the word or speak deliberately slowly in order to make the sentence conjugation perfect. Real interactions don’t work like this. People skip ahead, assuming they know what you’re about to say and then offer you the word they think you’re missing. Even in your own language you tend to zone out if someone is monotonous or just generally unengaging so don’t be offended or hurt if it happens in a second language (I am, allllllll the time). However the more you simply enter a conversation and add your thoughts – even if it is just a sentence of two – without agonising over the word choice and structure, the easier it will feel.

This is what makes speaking any language – in this case French – such a headache sometimes. You have to weigh up what you want to say extremely quickly before the conversation moves on and then say it in a way that is both easily understood, engaging and logical. Doing so in a group conversation takes enormous courage as your brain is already attempting to cope with the process of understanding what’s going on without you adding translation, creation, formation and panic into the mix.

The French love to intonate. They love it. My deadpan Irish accent might be considered charming in some circles but it certainly does not help when it comes to speaking French. You simply cannot speak French and be understood without going full method actor – that is to say, intonating everything.

At least personally one of the things that used to hold me back from speaking French was the feeling that I sounded so different, false even. Raising my voice at the end of questions, pausing unnaturally and using hein, which seems to be a kind of eh? to us English speakers, made me feel completely ridiculous.

Yet during the times when I have felt uninhibited and have in effect put on a French accent while speaking French are the times that I have enjoyed the most conviviality and gained the most out of my interactions with French people. Perhaps they are laughing at me but I think it really is to do with the fact that if you imitate how they sound while using the language, then the errors you make are overlooked. You sound (kind of) right to those around you.

5. Don’t laugh at jokes you haven’t understood just to be polite.

Had I handwritten this post the above title would have pen rings around it a hundred times. In Spain I used the laugh-at-jokes-you-don’t-understand method to enormous success. At group lunches with my colleagues I felt less of an outsider and I looked it too; I wasn’t sitting there with a serious face while the other people fell about themselves at someone’s humour. I expect too that it helped to make me appear a more approachable individual, as smiling and laughing does with most anyone. It was a superficial way to integrate but it worked nevertheless.

I learned the hard, very painful way that this method does not work in French. Perhaps it is that I cut a much more impressive figure at occasions here that when I laugh I instantly attract enough notice to warrant the dreaded question: tu comprends? It is nothing short of ground-open-up-and-swallow-me embarrassing to then have to come clean and admit that no, no you haven’t understood, followed by the silence in which you would like to explain that you were laughing so as to be polite.

The second option of course is that you pretend you do understand. I normally can’t tell a lie to a group of people without flushing a bright red so this doesn’t always work in my case. Be warned that if you do make it through the lie you will be then be an open target for more much conversation and jokes; you will have your opinion asked on subjects you couldn’t even comprehend in English, the French political climate and general global current affairs and your brain will explode. My advice? Don’t laugh. 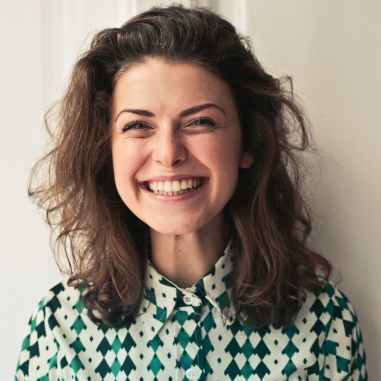 Photo by bruce mars on Pexels.com

Photo by Colin Schmitt on Pexels.com

If you’ve even spent some time in France and tried to speak French I’d love to hear how you got on. I remember when speaking French used to give me a literal headache from the effort I’d put myself under and I still am nowhere near perfect. I’ve a wedding in May with all the members of my boyfriend’s family and I have already started making lists of wedding related vocabulary in my usual stressed out state.

I use Duolingo to help me keep up with my French while I’m not in Paris and I have found it useful!  https://www.duolingo.com/